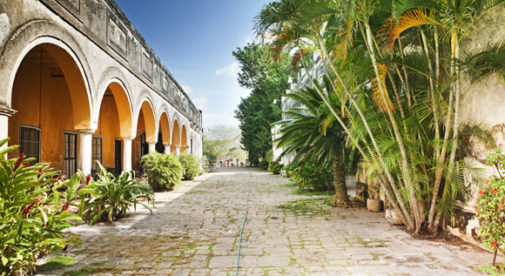 When my wife, Suzan, and I became expats 17 years ago, one of my reasons for leaving my hometown of Omaha, Nebraska, was pretty simple.

I never wanted to shovel snow again, ever.

Heck, after living through decades of Midwestern winters, I didn’t even want to see snow again, except maybe from a warm, green valley looking up at a distant, picturesque, snow-capped mountaintop.

I’ve enjoyed that long-distance view of snow many times since leaving the States, but I’ve always managed to avoid having to actually stand in the stuff for very long or, worst of all, to stoop and scrape and scoop and throw it.

Until this past Christmas.

Like so many other expats, we came home for the holidays. When you have family you want to visit and they live in a place that has winter, you do what you have to do.

But this year, the holidays happened to coincide with some of the coldest weather the U.S. Midwest has suffered through in recent history. Deep freeze weather. Temperatures that stay well below 0 F for days at a time.

The kind of weather I swore never to subject myself to again.

And just before the worst of the teeth-rattling, bone-numbing cold hit, it snowed.

And I shoveled it.

And having done my part to honor my Nebraska winter roots, I’m hightailing my freezing post-holiday butt right back to Mexico.

Suzan and I are legal residents of Mexico, and in 2018 we plan to make the rounds of our adopted country. We’re going to start by revisiting our old hometown of Mérida, capital of the state of Yucatán in eastern Mexico. It’s one of the cleanest, safest, and—in my experience—best-run cities not just in Mexico, but in the Western Hemisphere.

Symphonies, art galleries, shopping centers, wide boulevards, excellent restaurants. Big enough to have everything, small enough to be comfortable and unpretentious. And within a 30-minute drive of the town of Progreso and miles of warm, breezy Gulf Coast beaches.

All this, and there’s an international airport with easy, direct connections not just to the States, but to what has become one of my favorite major metropolitan areas on the planet…Ciudad de Mexico. Mexico City is steeped in history, dripping with art and culture, and positively chock full of some of the best food I’ve ever eaten anywhere.

It’s a city I once thought wouldn’t appeal to me…until Suzan talked me into seeing it for myself. The reality of modern Mexico City is so different from the old stereotypes that I immediately regretted not getting there sooner. It is a multifaceted jewel. The heart of Mexico.

Mérida and Mexico City aren’t the only Mexican destinations we’re going to explore in 2018. I want to spend time in Guanajuato, the famous silver-mining town built on a vast network of tunnels. I want to get back to San Miguel de Allende, one of the most authentic and inspiring Spanish Colonial towns in existence. I want to get over to Ensenada and see Mexico’s wine country in the nearby Guadalupe Valley.

But first, I want to again soak up the warmth and culture of Mérida for a while. I’m getting back to my old stomping grounds just as quick as my chilly legs can carry me.

I did come back to the U.S. in the worst part of winter, and I did shovel snow. So, I’ve stretched and bent my 17-year-old resolution a bit.

But I’m sure not going to make a habit of it. Not when I can be back in warm, sunny Mexico by dinnertime.

Everything You Need to Know About Mexico in 2018

Retiring in Mexico as a US Expat