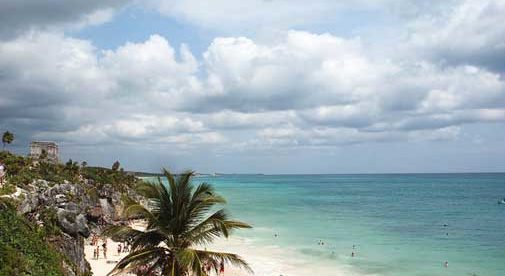 It’s easy to think of the countries of Latin America as being pretty much the same.

Thanks to a shared history as part of Spain’s empire until the 19th century, many of the countries of Latin America (excluding Brazil, Guyana, Suriname, and French Guiana), share a common language (Spanish with regional accents), religion (Catholicism, although other denominations have flourished), and many cultural hallmarks.

But you will find many differences among the different Latin countries. Mexico for example has many unique features that set it apart.

After moving to Mexico a year ago from my previous home in Costa Rica, and having traveled extensively through Panama, Nicaragua, and Peru, I’ve thoroughly enjoyed discovering all the ways Mexico is special.

First, consider just how big Mexico is. At 758,400 square miles, it’s a bit less than three time the size of Texas. In that vast territory, stretching from the Caribbean and Gulf of Mexico to the Pacific, you have a wide variety of climates, cuisines, cultures, landscapes, and lifestyles.

Head to the white-sand beaches and warm aquamarine Caribbean waters of the Riviera Maya and you’re likely to dine in beach restaurants on ceviche (seafood marinated in citrus) and fish tacos in the shade of a palapa (open-sided structure thatched with palm leaves). That’s world’s away from the narrow cobblestoned streets and restored colonial homes, grand cathedrals and churches, and immaculately manicured plazas of San Miguel de Allende’s UNESCO World Heritage centro, where you can enjoy a café con leche (coffee with cream) in a courtyard built 300 years ago.

In Pacific coast resort towns like Puerto Vallarta and Mazatlan you’ll find plenty of dining and entertainment options…and seaside fun. Sayulita just to the north is a bohemian surfer paradise. And in Mexico City you have, of course, one of the world’s major metropolises, sprawling across 573 square miles with a population of 21.2 million in the greater metro area.

So too is the weather different. You have it all in Mexico. From warm and humid on the coasts (cooling down to pleasant temperatures in the winter), to the eternal spring-like climate of the Colonial Highlands and Lake Chapala, to the dry heat of the desert climate of Baja California, which only receives 15 or so days of rain per year. There’s a climate for everybody.

Mexico is also the Latin American country most familiar to Americans and Canadians. They come here for affordable dental work. They vacation at the resorts of Cancún, Cabo San Lucas, and Puerto Vallarta, and elsewhere. They drive RVs down to snowbird communities all over the Pacific coast and Baja Peninsula. And they settle all over the country in retirement or to start businesses. There are said to be 1 million Americans living in Mexico, either full- or part-time.

So Mexico feels familiar, which helps the transition if you decide to move down. On top of that, as a modern country Mexico has plenty of products and services that you know from home. High-speed internet is widely available. Cellphone service, including 4G and LTE, is widespread. Medical care is top notch and affordable. You can find large shopping malls with Cineplex’s showing movies in English. And there are stores like Walmart and Home Depot that have brands you know on the shelves.

It definitely has made my family’s life here easier having all that. But that’s not to say that Mexico is like the U.S. but cheaper. Far from it.

Along with all these modern conveniences, you have the rich Mexican culture. When you live in Mexico it seems like there is always some sort of fiesta or parade, whether it’s a religious festival, civic celebration, neighborhood gathering, or just friends getting together. Fireworks, music, and dancing…costumes, masks, and traditional dress…sometimes the party goes well into the night. I’ve certainly enjoyed getting in on the action.

There are countrywide celebrations and holidays but also events specific to certain regions or towns, often for a patron saint’s birthday, or based on centuries old traditions of the local indigenous groups.

For example, in Mérida, locals feel strongly Yucateco (from the Yucatán peninsula) and take pride in the local dances, music, and tradition of poetry. Along with those aspects of local culture, you’ll also find unique cuisines around Mexico.

Back to Mérida, as well as elsewhere on the Yucatán Peninsula, you have dishes not found elsewhere in the country like cochinita pibil, which is roast pork marinated in citrus juice and achiote, a recipe that has its origins in the ancient Maya culture. That’s one of my favorites. Oaxaca, inland from the southern Pacific coast, is where mole, the rich chocolate based sauce, is from—it’s just one of the culinary traditions fostered by the intense mix of indigenous populations there. I must say trying new dishes is one of my favorite parts of being in Mexico.

No matter where you go in Mexico, you’ll find friendly and welcoming people. As an expat you’re spoiled for choice about where to settle down—there’s climate, lifestyle, and landscape for everybody. But no matter where you go, you’ll enjoy modern conveniences and the rich Mexican culture.