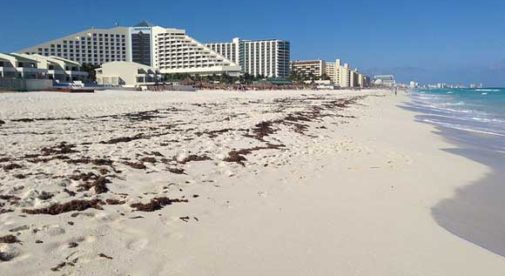 As a retired expat and current resident of Mexico, I frequently get asked if Mexico is a safe place to live? Media outlets in the States are fond of highlighting occurrences of cartel-related violence near the U.S. border, leading many to conclude that all of Mexico is a scary, unsafe place. Further, the U.S. Department of State does a great job of issuing real-time warnings to travelers regarding upticks in violence in various Mexican locations.

The problem is that tourists rarely understand Mexican geography and don’t bother to check maps. Someone planning a trip to Cancún, for example (in one of the safest regions of the country) will see a warning from the State Department about some criminal activity and not realize that the location is on the opposite side of the country. Unaware of the vast distances involved, that wary traveler might wonder if they should rethink their vacation plans. Some may even lament cancelling plans on social media, further dispersing unnecessary concerns about visiting a perfectly safe Mexican resort area.

So let’s get the boring statistical information out of the way right now. The truth is that, yes, there is crime in Mexico, but its statistical ranking in world crime ratings places it in the same “moderate” category as the United States. In fact, the numbers are so close between Mexico and the U.S. that you could easily call it a tie without much of a stretch.

When checking the numbers for Numbeo’s safety index, it’s about the same. Mexico comes in with an overall safety index score of 49.20 with the U.S. doing slightly better with a score of 51.13. Here, the higher the score, the safer the country is, opposite from the previous reference. Again, nearly a tie.

Now that we’ve taken care of most of the statistical data, let’s take a look at what it really means to live in Mexico. Misdemeanor crimes against property such as burglary and theft are about the same in Mexico as the U.S. Tourists do occasionally become victims of pick pockets and robberies, especially if they wear expensive watches or jewelry in public. Just as it is in any location, a little common sense will go a long way toward avoiding such issues. Much of the major crime is a result of drug activity, and organized crime in areas close to the U.S. border.

The headline crimes such as murder, kidnapping, and extortion occur most often in areas of high drug activity. The Mexican states of Mexico (yes that is the name of a Mexican state), Guerrero, Chihuahua, Jalisco, and Sinaloa usually lead the pack in the numbers of annual murders and each has a strong organized crime presence.

Mexico’s safest states are Tlaxcala, Yucatán, Puebla, Querétaro, and Baja California Sur. Mexico is a large country with pockets of criminal activity that are higher than the average. Outside the areas of heavy organized crime activity as mentioned above, Mexico is a wonderful and safe country. I don’t want to weigh this down with additional statistics but bear with me for a couple more.

In my hometown of Cancún, my wife Diane and I have absolutely no problem walking anywhere, day or night. We follow common safety protocols which include not wearing expensive jewelry or using expensive cameras. We also maintain a constant awareness of our surroundings, leaving important documents at home and carrying only as much cash as we are willing to surrender. We’ve never had a problem.

We own a car and drive wherever we wish without fear. Now, we don’t wish to drive into areas with known, high levels of drug violence. We would not do that in any country, including the U.S. The Riviera Maya, Mexico’s Caribbean coast, is characteristically safe. We also lived in the beautiful, colonial city of Merida for about six months and can also attest to the reputation of that city as one of the safest.

While no one expects to live a life completely devoid of risk, none of us wants to deliberately place ourselves and our families into situations that are unsafe. Mexico is a beautiful, safe country filled with hard working, wonderful people. As with anywhere else, there are a small number of criminals who regularly make the headlines but they have only the tiniest impact on the vast majority of Mexico’s residents and visitors.

Yes, Mexico is safe. We love it here and are currently planning a trip to the other side of the country, with absolutely no fear.