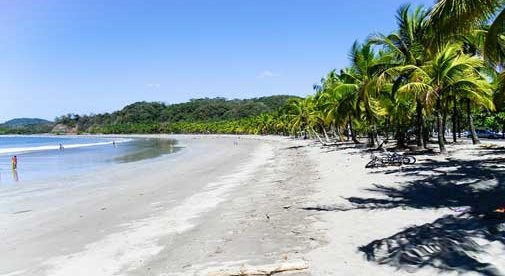 I admit it: when my wife first mentioned moving to Ecuador, back in 2001, I had to check a map.

I knew Ecuador was in South America, but I didn’t know exactly where.

I felt bad about not being up on my geography. But I took some comfort in the fact that almost everybody else I talked to about Ecuador thought it was in Africa.

In my 16 years of living and working abroad since then, my geography has gotten a little better. In fact, most expats I know are pretty good at geography. It takes a bit of research to make a good decision about moving abroad, and one of the basics is learning the actual location of the city or country to which you’re planning to move.

That’s just one of the ways being an expat is a learning experience. And once you start learning, it’s hard to stop. That’s why asking an expat about where they live, sometimes starts conversations that last through several rounds of drinks.

For example, when expats talk about Panama City, they usually mean the capital of the country of Panama, not the town in Florida.

And on Panama’s eastern border is Colombia, which is not British Columbia or the District of Columbia or the Columbia River or Columbia, South Dakota, or any of the other “Columbia” places spelled with a “u”. The South America country of Colombia has no “u” in it—except maybe “you” if you move there.

Colombia’s neighbor to the south is Ecuador, which of course is not in Africa, where Equatorial Guinea is.

Ghana is not Gambia, yet another west African country, and neither Ghana nor Gambia are Guyana, a country on the Caribbean coast of northern South America.

And I’m not even down the rabbit hole yet.

Now, none of this is guaranteed to be absolutely correct…country names and boundaries change often. Which is why the expat geography game never grows old.