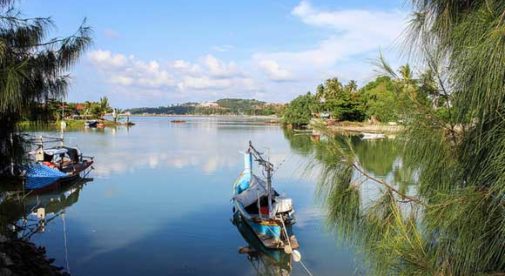 A recent British Airways survey of 2,000 baby boomers found that their biggest regrets in life are working too much and not traveling enough.

It also struck a chord with me because, for the past 15 years, I’ve been working for an outfit that directly addresses both these issues.

There you have it…the solution to the two biggest regrets of my age cohort.

By moving abroad to the right place, people can reduce their cost of living and save money, even if they still have to work. I’m a living example. I’m a working writer, and because I live in one of the most affordable places on the planet, I don’t have to watch every penny and fret about which bills get paid and which don’t at the end of every month.

In fact, I can usually manage to put a little money in the bank each month.

The retirees I know who have moved abroad do even better…they don’t work at all any more. They’ve lowered their cost of living so much that they don’t have to work…which might not have been the case if they’d stayed back home.

Many of them do still work, of course, but not for survival. It’s because they want to. They have things they like to do, and some of them still get paid to do them. Some of them work without getting paid. Their cost of living is low enough that they can volunteer for causes they think are important for their communities for free…and still make ends meet on their retirement resources.

So that takes care of the “working too much” regret.

And because moving abroad to the right location is one of the surest ways to lower your cost of living, I and my other expat friends are doing our respective things in some of the most beautiful and exotic places on the planet…from the sun-drenched fields of southern Italy…to the green hills of Ireland…to the cool mountains of Mexico…to the beaches of Southeast Asia, and hundreds of locations in between.

Which takes care of the “not traveling enough” regret. Move to Panama or Ecuador or Thailand or Portugal, and your travel itch will be well and truly scratched.

Which is why the British Airways survey struck such a deep chord with me. How incredibly fortunate I’ve been to spend the past 15 years living among and writing about people who have successfully escaped the two biggest regrets of our generation…and to do so for International Living, the very organization that showed many of them the best way to do it.

There has never been more interest in the possibilities of living and working abroad, not just amongst baby boomers, but among all generations and age groups.

Because, if you could live a happier, healthier, more affordable life (work less) in some of the most beautiful places on the planet (travel more)…why wouldn’t you?